A downloadable Madball for Windows, Linux, and Android

Do you want a hard platformer game? Madball is here to challenge you! I mean seriously!

What is Madball?
Madball is a casual game that you should control a ball with a constant velocity through an unpredictable and exciting platform by tapping the screen in smartphones and pressing the "Space" button or using a mouse in PCs. But wait, do you think the gameplay is simple? Hmm, let us know after trying the game!
Madball has two primary modes: level mode and endless mode. In the level mode, you should scrimmage with around 60 different levels that every one of them has its exclusivity!
In the endless mode, there are 9 different modes such as Pillars, The Wall, Invisible, Dark with various properties that you should try not reading about them!

You should know that Madball has been created by two students, so each support from you can boost us a lot in our journey. So, Download it now and Have fun!

In order to download this Madball you must purchase it at or above the minimum price of $1 USD. You will get access to the following files:

I play a lot of games from itch.io (I'm a no-name variety streamer) and I gotta say: I was hooked playing Madball. I got through to level 20, and I had to put it down because I had other games to at least try out.

So simple, but so addictive. You nail the feeling you get when you overcome. Well done, y'all

Wow! Thank you so much!!! We love to see your streams when you play Madball. Maybe we can give you some hints too? XD

I played this game on PC (runs great at 4k) and got to level 15. Just stopped because I had to go to work. Thanks @Toma for the recommendation :)

This game is great fun. It's simple but the levels are very well made and constantly throw new ideas at you, while never feeling overwhelming because all the player gotta do is... press space! I'm giving it a score out of 30min of playing so take that into consideration.

Some of my feedback:

- I would love to be able to move the ball in the menu screen, make it jump at least.

- Checking the map counts as a death. That doesn't seem fair, specially since I'm paying for it?

- Some of the messages seem "obnoxious" to me. I understand they are supposed to be teasing and tongue-in-cheek but as you get frustrated they are less funny and more insulting.

- Music is great and never gets annoying

- Visuals are what they are. I REALLY dislike how the ball doesn't seem to rotate and how cheap the trails look (I was okay with the trail until I saw the other trails you could unlock and realized I disliked them all). But it's understandable.

- I would suggest changing the main character from a ball to something different, while keeping the style. Maybe a voxel character or even a robot (check this free voxel robots from maxparata, they are great https://maxparata.itch.io/voxel-mechas). Think of crossy roads, blocky but still full of personality.

This would make the game look a little more "professional" but also allow you to have actual customization instead of just different ball colors.

- This game has a LOT to make it go big. All you need is the luck of having a content creator try it out and I think this could be semi-big. I would suggest you publish this on Steam at a cheap price, like $2.99, and try to contact people to try your game out!

Good luck, hope you guys invest a little more into this!

Do you guys have a way of communicating privately? Email/PM/Discord? I would be willing to finance the publishing fee of this on Steam

Filaipus! WOW! What a nice comment! We do not know how to thank you for your comprehensive and great feedback! We are working on the project to fix its bugs and improve it. Here are our answers to some parts of your nice feedback:

- We also would change our words in the texts as you rationally mentioned. Sorry about that but we do not want to insult you at all. We just wanted to make some fun with the players.
- We faced the map bug and fixed it for our next update.
- Our music is original! Yay!
- The ball rotation would be fixed if we do not change the character. We probably use a better thing as our character (as you mentioned too!).
- Visuals, materials, textures, etc. are planned to be enhanced but we have to use free assets since we do not have a proper budget to hire an artist (for now, since we are students!).
- As soon as we publish the game on a commercial platform, such as Steam, we would have a leaderboard since it needs a real-time server with a proper registration to recognize our players.
- For sure! We consider a lesser price! Actually, we will gift you a free bundle! Haha!

For private communication: please send an email to msinakiarostami@gmail.com (Head of the group and creator of the game)

I sent an email but never got an answer back.  Just making sure you guys got the email :)

Its a Bit Trip Runner style game where you only have one button to jump and need to get through an increasingly difficult set of levels. Despite its looks, and I cant believe I am saying this, this has honestly the potential to be one of the best games in its subgenre. The level layouts are simply good, but the visual trick the dev pulled for the level progression was a stroke of genius, as the levels get created right before you.

Its simple, but its incredibly effective to draw you in and want to explore this very simplistic looking game for its visual tricks and well done level of challenge. I have some gripes with it, like the mobile UI, the start delays, ultimately uninteresting ball graphic unlocks and some slightly childish language and most of all missing highscore leaderboards for its absolutely fantastic endless runner modes, but if the dev takes this game and polishes this up, this could honestly be a huge niche hit. The gameplay and levels are top quality, though. Absolutely recommended to check out.

@dev: If you do want to get in touch for more precise feedback, let me know!

Thank you so much for your nice and fantastic feedback!!! We thoroughly appreciate your recommendation and wish to hear more from you ABSOLUTELY!
A little about your productive comments: Yes, you are right! However, we should say that the game was designed for mobile platforms such as Android and iOS. We had the leaderboard connected to Google Play and more cool stuff. But, we decided to publish the game here on many platforms to get more users and feedback before we jump into the huge Google ocean.
Also, we were looking for an artist to polish our simple materials but, our budget never let us find a proper person, sadly. Fingers crossed and let's see what would happen in a near future.
Thanks again for your cool comment! It made our day! <3

Gladly :) I have reviewed about a thousand games in the past 2 years, just for context. You really have something special here.
I would gladly write you some more feedback, want me to do that here, on discord, via mail? Let me know!

That's great! We really appreciate you! Please write it here to let others also see your nice feedback. That would be useful for us and other players, definitely!

Filaipus already mentioned most of my issues, as we've talked a bit in a different place, so I am just going to focus on the design aspect. I'd second any of his mentions (especially the text adjustments) and also throw in another mention of playing around with pixel/voxel graphics for the main character and potentially rebranding the game name. Most people looking for this type of game are primed to look for "Runner" names, maybe something like "Void Runner DX" or whatever, just a random idea, but I highly suggest finding a different character style first and then brain storming new brand ideas.

They might not even need to be fully animated, just a 2 step animation might be enough (think the first bit trip runner or the little character from the game and watch series)

Actually, you might even get away with trying entirely 2d pixel assets as well, as the game is relatively flat anyway. Do play around with those! That would also allow for an endless amount of fun unlockables that could be simple assets.

I was already thinking of offering the Steam release fee as well, but I see filaipus also had that covered ;)

Do keep us in the loop please. I want to see where you guys take it from here and would love to playtest some more when you come up with a new version or you need some opinion on character design decisions. 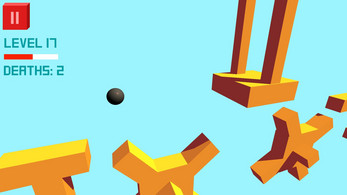 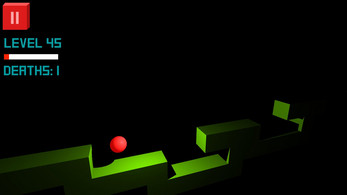 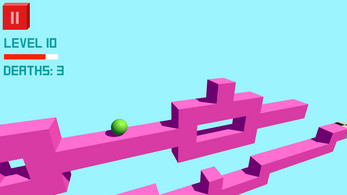 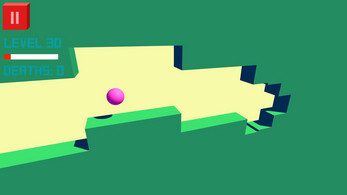 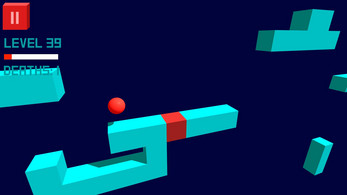